I would like to share a very peculiar case of a patient with severe adrenal fatigue who was exposed to 5 family members who took the booster shot of Pfizer in December. A week later when she came back home she was scratching from head to to with what started as few small papular spots on her legs and arms.
At first it looked like scabies but she did not respond to crotamiton cream and antihistamines and I was rather puzzled. So she was given antivirals and rhustox but the rash intensified. I added epstein barr nosode and sulphur but that still didn’t stop the itch or rash.

2 weeks into treatment she was hospitalised as the itching was so intense she couldn’t bear it. They gave her hydrocortisone for 3 days that only mildly treated the condition and she took her own AOR discharge and went home.

I then decided to try apis and hydrogen as she also had some papular rash on her palms and that eased the itch and rash a little.

Finally after much probing into her history she did complain of a mild burning pain in her abdomen on and off especially when eating spicy food. So I gave her thuja 200c BD to try.
I had not seen her for over a month plus now and when she came back to see me I was shocked. It had completely cleared up. 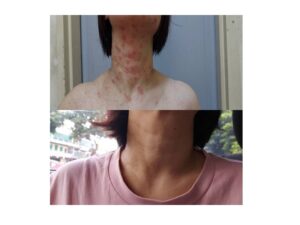 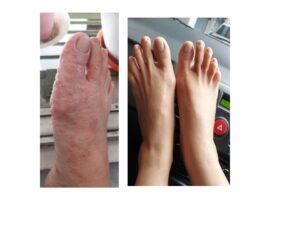 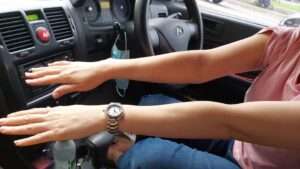